The old saying goes “Diamonds are made under pressure” and if that saying really is true Virginia Commonwealth University has one of the brightest gems in NCAA Basketball. The man I am referring to is VCU’s Combo Guard Nah’Shon “Bones” Hyland, and he’s shined through everything put in front of him. Hyland tweeted a reflection on March 18th about the obstacles he had to overcome 3 years ago during March while he was still at home, fast forward to 2021 and yet another obstacle was put in Bones' way with the NCAA forfeiting the VCU Rams game due to Covid related reasons.

I was able to catch up with Hyland before his team embarked for the March Madness tournament and he was ecstatic to be headed for the big dance with his team. When I asked him how excited he was for his first opportunity at the National Championship Hyland replied “This is my first opportunity in March Madness so I’m excited to go try and kill everybody”. Now of course he doesn’t mean that figuratively, but he has a dawg mentality that makes him hungry to be successful and go after anyone in his path. Unfortunately we were unable to watch this gem shine. 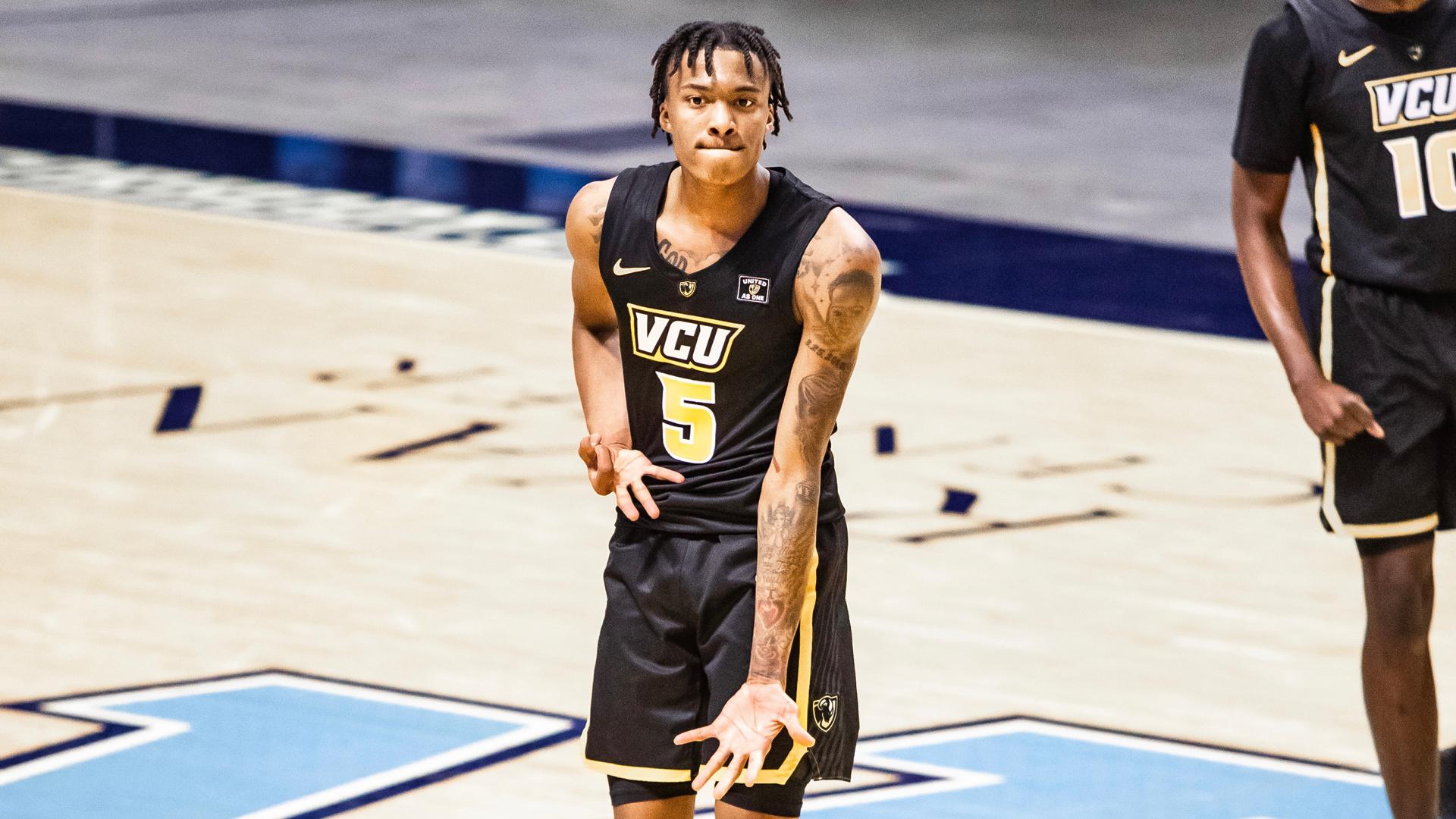 Hyland draws tons of interesting comparisons because of his Combo Guard skill set, but there isn’t one more spot on than Jamal Crawford. Absolute killers on the court who can drain the ball from anywhere they want, and pull off insane moves to get into the paint Hyland & Crawford are indeed cut from the same cloth. He even said so himself when I asked him who he molds his game after by telling me “Ja Morant & Jamal Crawford”. Bones is a smooth operator on the court with quick instincts, and a smooth jumper to accompany his slim frame. He oozes confidence on the court, and in my eyes has a skillset that will transfer over to the next level with ease.

Hyland & the Rams play in the Atlantic 10 Conference where Bones just took home the A10 Men’s Basketball Conference Player of the Year trophy helping VCU go 19-7 this season. Bones averaged 19.5 PTS, 2.1 AST, 4.5 REB, & 1.9 STL en route to his Player of the Year trophy. Hyland also helped VCU punch their ticket to March Madness as a 10 Seed. Many analysts had VCU being an underdog favorite team hoping to overcome their current bar which is a Final Four appearance in 2011, it’s such a shame we were unable to watch what Hyland had in store for the tournament.

At the end of our conversation I asked Hyland his plans after the March Madness to which he humbly told me “ That’s a question even I haven’t answered leaving it up to God to guide me”. We’ll just have to see what’s in store for Nah’Shon Hyland in the future, and see if he’ll make another run at the dance or head to the NBA.