The Rockets May Have Struck Gold With Kevin Porter Jr.

His first stop wasn’t the right one, but the early results on Kevin Porter Jr.’s newfound home in the NBA are promising.

Drafted 30th overall in 2019, Porter spent his first season with the Cleveland Cavaliers after a productive single-season tenure at USC. The former Trojan played in 50 games last year, averaging 10 points per game on 23.2 minutes per contest. Still, something seemed off. That proved to be true when Porter never played a single game for the Cavaliers in 2020-21.

In January, Cleveland traded their talented young wing to the Houston Rockets in exchange for a future second-round pick. To no one’s surprise, he proved to be too good for the G-League. In 15 games at that level this season, Porter averaged 24.1 points, 6.5 rebounds and 7.2 assists a night. He finally made his Rockets debut on March 11 and thus far, there’s reason to be excited about him fitting in with a new squad. 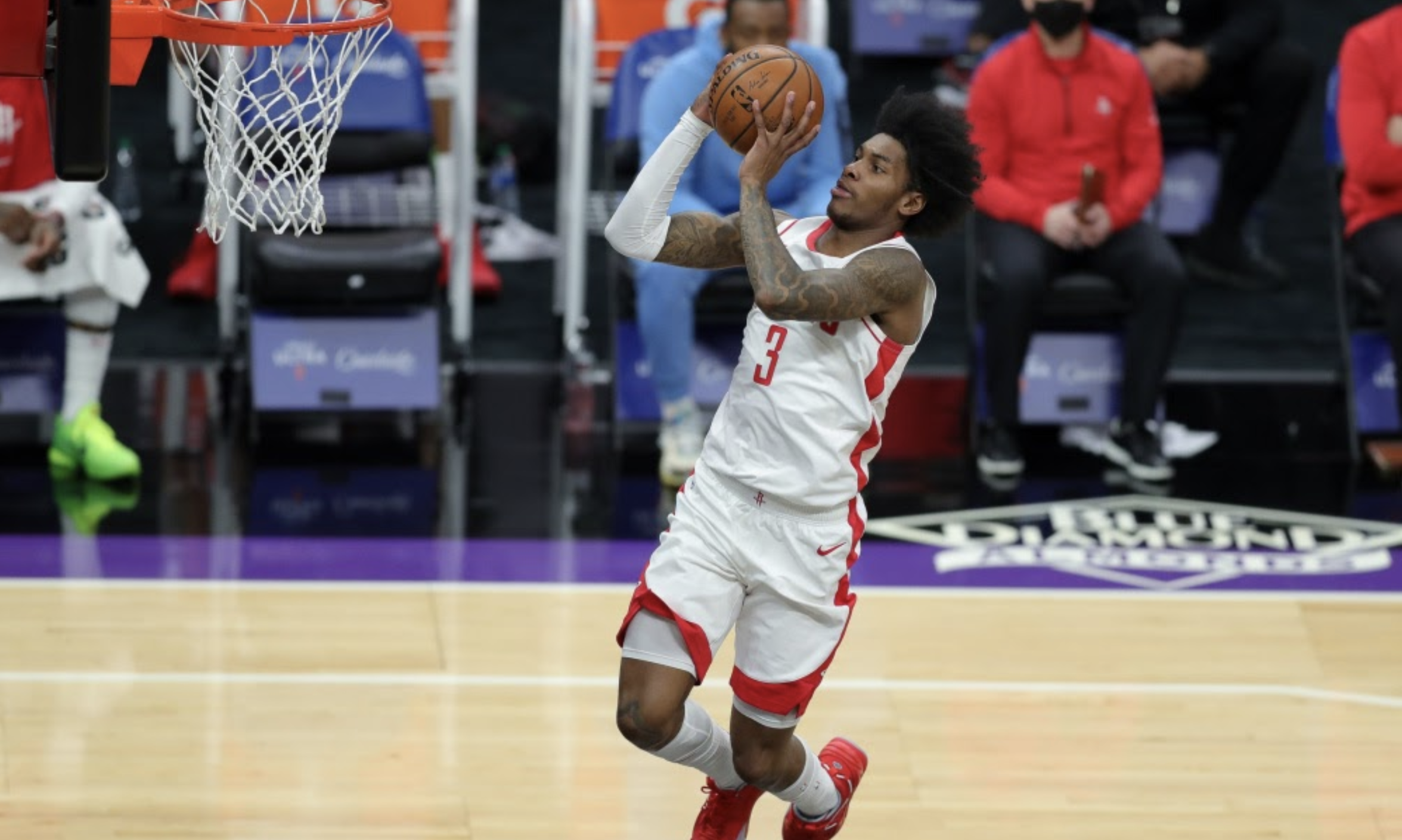 In three games with Houston, Porter is averaging 17.0 points, 3.3 rebounds and 8.3 assists per game. While his efficiency isn’t great (39.6% from the field), he’s accepted a primary ball-handling role and ran with it. This prowess for facilitating was overlooked heading into the draft, as Porter’s shot creation for himself was touted more than his ability to create for others. Sports Talk 2319 owner and evaluator Rashad Phillips saw the talent early on.

“Coming out of the draft, I went on record and said that Kevin Porter Jr. was the most talented player in his class,” Phillips said. “Today, I still stand by it.”

In a draft class that featured young stars in Ja Morant and Zion Williamson, Phillips’ praise carries an immeasurable amount of weight. Porter’s talent is undeniable. He has a variety of moves in his offensive arsenal — able to create space easily, step back at a moment’s notice or drive to the rim and seek out contact. He’s an improved free throw shooter since his college days. With a 6’9'' wingspan, he can disrupt passing lanes and/or slow down smaller guards when he’s locked in. There isn’t a lot that Porter can’t do when he’s at his best.

Now you throw in the flashes he is showing as a passer? Forget about it. In a season that’s been mostly dark for the Rockets, Porter has emerged as a bright spot for the future. Porter’s still so early in his development, and that’s the scary part. The fact that he was acquired for a protected future second-round pick is hilarious. Moving forward, it’ll be General Manager Rafael Stone and his team that has the last laugh.