The Rise of the Dual Forward: Julius Randle 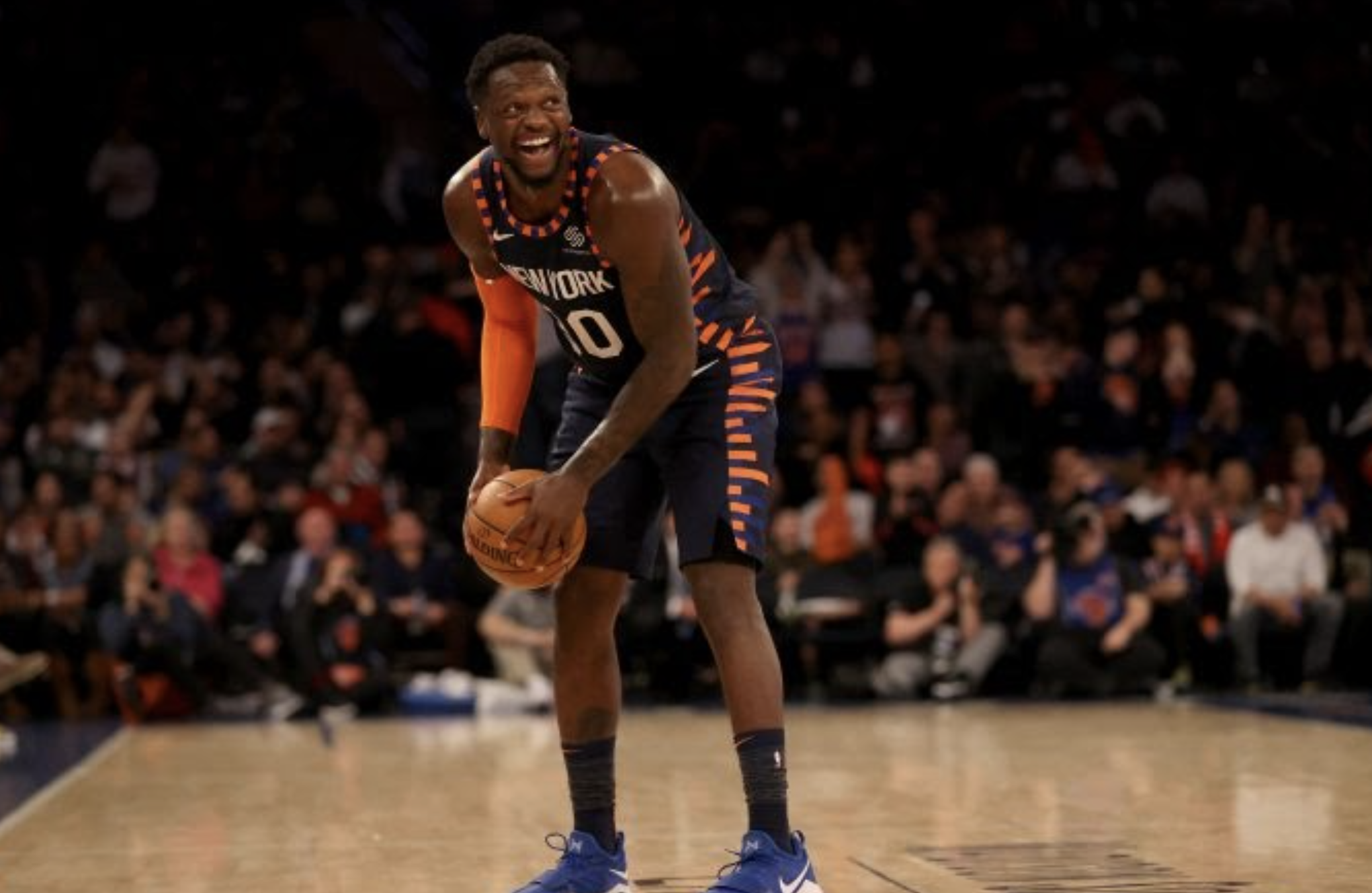 The New York Knicks have been one of the surprises of the NBA season, posting a 15-17 record thus far and clinging to a low playoff seed in the Eastern Conference. While a lot of that has to do with additions like Immanuel Quickley and Austin Rivers, Julius Randle’s improved play cannot be understated.

As things currently stand, Randle is having easily the best season of his career. His per-game averages in points (23.3), rebounds (10.9) and assists (5.5) are all career-highs, and he’s shooting the lights out. He was recently named to his first All-Star team as well.

Arguably the biggest leap Randle has taken comes in the three-point department, where he’s knocking down 41.4% of his 4.5 attempts per night. He’s been the best version of himself, and it’s a testament to the opportunity presented to him.

Many frowned upon the Tom Thibodeau hire by the Knicks, but it appears to be the best thing that could’ve happened to both them and their best player. Sports Talk 2319 owner and evaluator Rashad Phillips agrees.

“Randle has converted himself into a Dual Forward under coach Thibs’ new system and looks like an All-Star this season,” Phillips said. The Dual Forward is described by Phillips as the “do-it-all position” and “the most dangerous position in basketball.” Dual Forwards initiate the offense and run it through themselves, in addition to scoring, rebounding and facilitating. Randle’s grasp of Thibodeau’s offense is terrific, and not just in isolation situations.

Through 32 games, Randle is averaging nearly 1.15 points per possession as the pick-and-roll ball handler. That puts him among the elites of the league, and it isn’t an accident. In addition to becoming a good shooter from deep, Randle’s efficiency in the midrange area (47.1% on the season) has opened up the floor for him in half court settings. His assist-to-turnover ratio of 1.72 is also a career-high.

Randle’s jump shot is reliable. He’s a good midrange threat. He rebounds and facilitates as well as just about anyone on the team. Another ripple effect of the Thibodeau hire has manifested itself on the defensive end. New York is third in the league in defensive efficiency, and Randle is contributing to that. Instead of lacking awareness or effort like he has in the past, he’s bought into the system and is now a cog in the Knicks’ well-oiled machine. It’s a great sight to see.

Randle and Thibodeau have led New York to a 6-4 record in its last 10 games. During that stretch, Randle is shooting a scorching 47.5% on threes and is averaging over 25 points per contest. That clip may not be sustainable, but the scoring numbers should be. He’s just now coming into his own as a player.

If Randle can keep up that level of play, with the pieces he has around him, this team can keep a stronghold on its playoff spot. For a franchise that hasn’t been there in eight years, all you can ask for is a competitive brand of basketball. Thanks to some quality coaching and the emergence of a player who is still just 26 years old, the Knicks are fun to watch again.