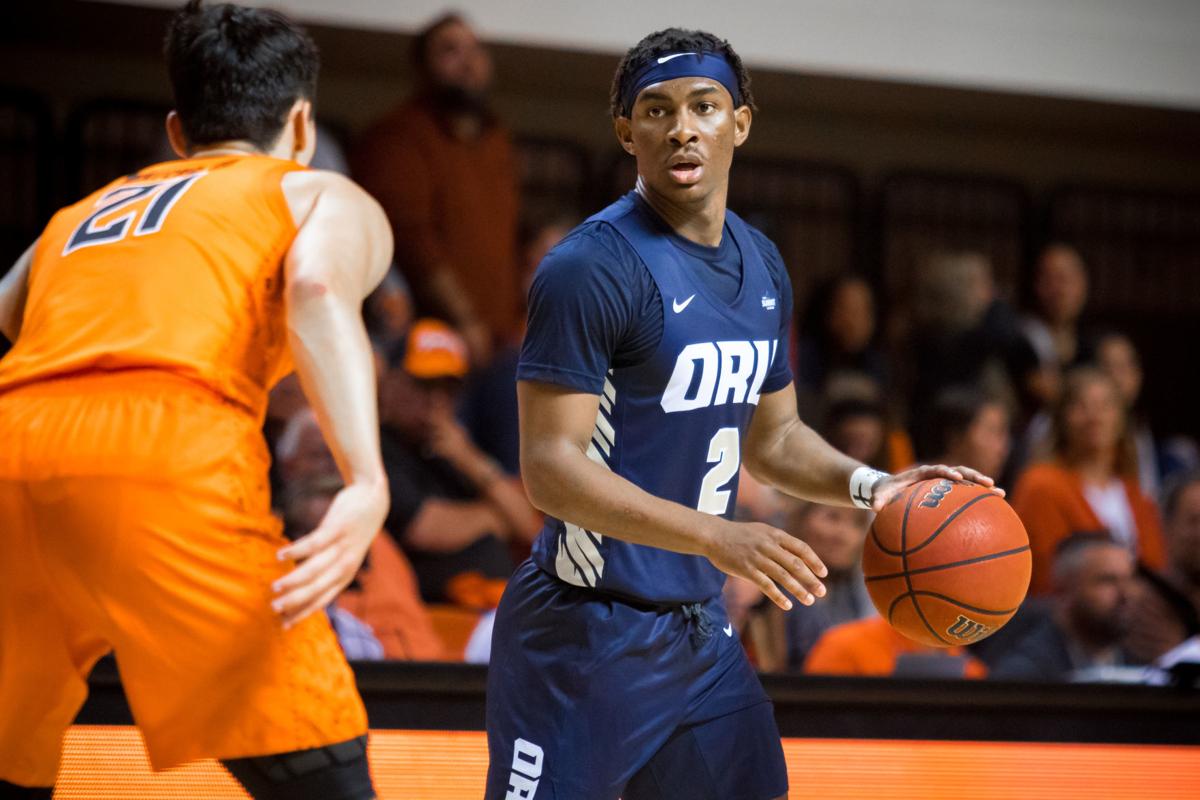 Max Abmas. Guard. Oral Roberts. Get to know the game. Mid-Major guards just dominate CBB every single year and this dude has next up. The point guard of Oral Roberts has been lighting it up in his sophomore season by averaging 23.2 PPG. In a time of uncertainty, one thing has been sure; Max Abmas will score - and he'll do it often.

You may not know the name right now but that’s all good as I’m here to do my job and get this kid the recognition he deserves. I’ve been watching Abmas ball out since early December and he’s been nothing short of sensational. In 19 games he’s averaging 23.4 PPG and shooting 46.7% from the field, while hitting 43.9% from three.

The 6’1”, 165 pound point guard from Texas is a tough bucket. Max displays incredible volume, he can shoot from anywhere on the court at any moment, there’s a reason #MidCourtMax is tweeted plenty on game days. He’ll pull-up from the logo, he’ll step-back and cash out from the logo. It’s just easy for him man, so effortless. An incredible dribbler that is able to create separation with quickness and swiftness this undersized guard can navigate his way through the paint thanks to his smarts and wiggle. I love the way Abmas is able to create, he’s so filthy with the basketball in his hands. He’ll hit you with a mean crossover and then just utilize a violent step-back as he drains a triple in your face. As Rashad Phillips would say, he’s a 4-Level Scorer. And he exudes such confidence, when you watch him play you’ll see what I mean. Max isn’t afraid of any shot, any opponent, any amount of defenders.  When I mentioned that Max only turns it over 1.8 times per game, that stat is so much more impressive than you realize. An 165-pound guard often finds himself in the paint and never turns it over down there against much bigger players that swarm him. When watching Abmas you’ll notice one thing for sure, confidence. Wherever he is on the court, is Max Abmas range. Max would beat anybody in the country at a game of H-O-R-S-E, I guarantee it.

This dude Max Abmas is electric and deserves all the recognition. I’m glad to see he won a few awards for his performances against South Dakota State this past weekend. In two games he totaled for 72 points, 7 assists, and 7 rebounds. He shot 23/43 FG, 11/19 from 3, and was 15/16 on free throws. Walking bucket.

The Max Abmas takeover is here and you better tune in for the show. This is one of the best shows in the sport, you don’t want to miss it.