Freshman Christian Anderson Jr. proving the pages are more important than the cover 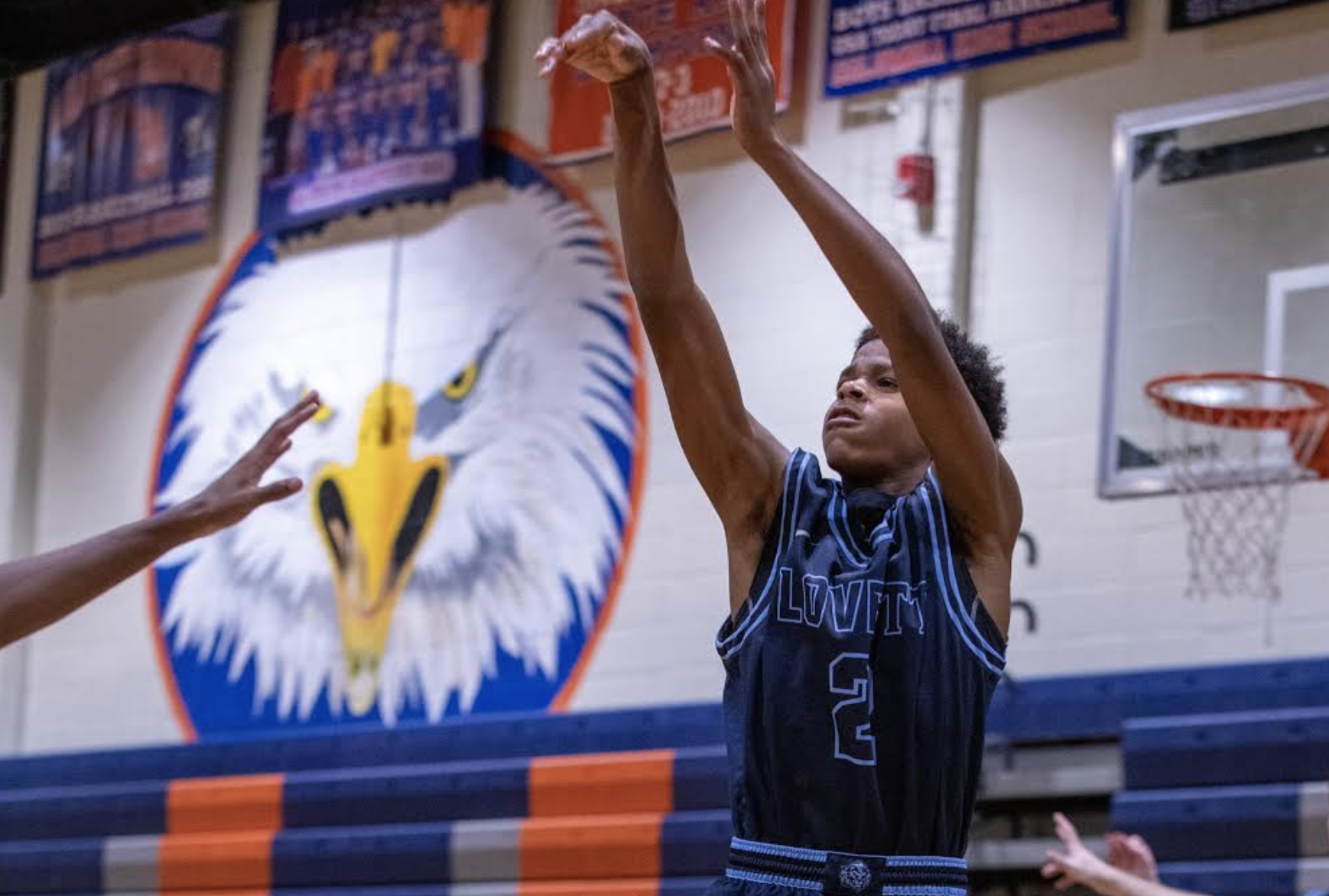 Jaylen Brown, Collin Sexton, Isaac Okoro, Sharife Cooper, what do all these names have in common? They are all elite basketball prospects that have recently come out of the Atlanta, Georgia area.  If you ask talent evaluators in the area about the next big prospect to come out, they will tell you Christian Anderson Jr. has next.

The Freshman Point Guard from Lovett Academy has been making waves at camps for years and that translated to his first year of high school basketball.  His ability to control the game with his scoring and playmaking ability is unmatched at his age.  This comes as no surprise given his elite bloodlines.  His dad, Christian Anderson Sr., was a pro basketball player in Europe and his uncle was an olympic table tennis player. Senior played overseas for a decade in a myriad of different countries.

Anderson Sr. always knew his son was gonna be special.

“I was in Europe on a Skype call with my wife and Chris was in the background shooting on a mini-hoop at the age of one," Anderson Sr. said.

Anderson Sr. speaks highly of his son's development in the time when no one's watching.

“He is a great teammate, awesome personality and has a work ethic unlike anyone I have met at his age," Anderson Sr. continued. "Great news, is he will be 14 his entire Freshman year and at 5’7 115 pounds, he is doing things I could not do in my 6-foot-6 frame.”

Scouts in the area have taken notice of the electrifying guard.  Runna Report founder, coach Adrian Collins carefully observed the  top middle school talent in the country for the last decade.  He thinks Christian stacks up with the best.

“I have never ever seen a guy produce every level he goes up like Christian Anderson," Collins said.  "His consistency and efficiency has never faltered.  Whenever he gets his opportunity, he is making a play.  He has a pro mindset as a freshman."

"The skill level is off the charts.”

Anderson is starting to get national attention too as just a Freshman.  NBA Draft expert and basketball analyst Rashad Phillips has seen Anderson play and an impression was made.

“I got a chance to watch Christian up close with my own eyes and every time I came away impressed with his ability to use his size as his strength," Phillips said.

"Normally small players struggle in that area.  Christian has already mastered the element of illusion on the court.”

High praise from someone like Phillips, who also had to find ways to succeed on the court as a smaller guard.

Many young players have electrifying talent.  At the end of the day, the traits that can't be coached are what make Christian different.

“IQ on the court and off the court is his number one trait," Anderson Sr. said.

"Smart work is how you get things done.”

The future has an appointment with Christian Anderson Jr. as the best is yet to happen for him. Remember when this article was written, because it will be the first of many written about the Atlanta native.