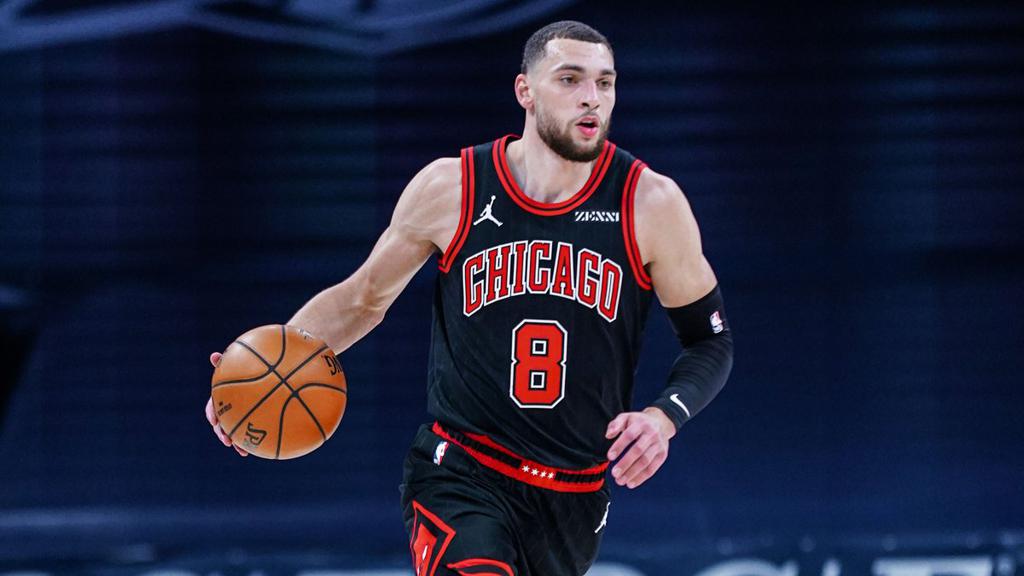 The Bulls are off to a 4-8 start, undoubtedly struggling to win games because of their dismal defense. However, Billy Donovan’s new and improved offense is finding quite a bit of success, turning in 116.8 points per game (3rd in the NBA), and sitting in the top half of the league in field goal percentage, three-point field goal percentage, and assists per game.

No one has benefited more from Donovan’s motion-oriented offense than the NBA’s third leading scorer, Zach LaVine, who is putting up career numbers in just about every offensive category. Compared to last year, LaVine is averaging 2.8 more points, has improved his two-point field goal percentage by nine percent and his overall field goal percentage by 4.8%.

One noticeable difference in LaVine’s game this season is his efficiency converting on jump shots.

He’s also shooting a career-high 39.6% from beyond-the-arc on 9.3 attempts per game, which is the third highest percentage of anyone shooting over nine threes a game (10 players).

While he’s been great at creating space for shots throughout his career, a few specific concepts implemented by Donovan have played a key role in some of Lavine’s improved success so far.

First of all, the Bulls are playing a lot faster than years prior. They’re currently the 3rd fastest team in the league with a 106.9 pace factor (ESPN), which is up from 101.9 last year (16th in the league) and 101.1 in 2018-19 (20th). This has led to more shots early in the clock where LaVine can break down his defender before he can get set and the rest of the defense can load to the ball and help.

Secondly, the Bulls are running far more pick-and-roll sets than they have in the past.  This year, 23% of Bulls possessions are ending with the P&R ball handler and they are the 4th most efficient team in that category.  In such possessions, LaVine has the ball in his hands 50% of the time. Last season, the Bulls were the 3rd least efficient team in the same category and LaVine only handled it on 36% of those possessions. (Synergy).[1]

A deeper dive reveals some subtle tweaks to how the Bulls are running their P&R sets that are also helping LaVine find that space for his jumper.  Under Boylen, a Bulls P&R set often started with the ball-handler simply receiving a pass and waiting for the screen. This year the Bulls are constantly moving, setting off-ball screens and running pistol actions to make sure LaVine’s defender is moving/off-balance when he catches the ball, often setting the screen before the defender can get set. As mentioned, LaVine has always had the ability to keep defenders on their heels, but this motion has made it easier for LaVine to do what he does best- read the defender’s movement and use his explosiveness to create space.

It probably isn’t fair to attribute all of LaVine’s success this season to Donovan’s new offense because there’s no question that he’s a phenomenal professional with an elite-level work ethic. He’s constantly improved as a scorer throughout his career and, at age 25, it’s scary to think what he’s going to do in years to come.

For now, though, LaVine, the Bulls, and Bulls fans should be excited at the new direction this offense is heading.

[1] Synergy considers a possession ended after a shot (made or missed), turnover, or foul.