Viral Sensation: The Meaning Behind The Name 'Rashad' 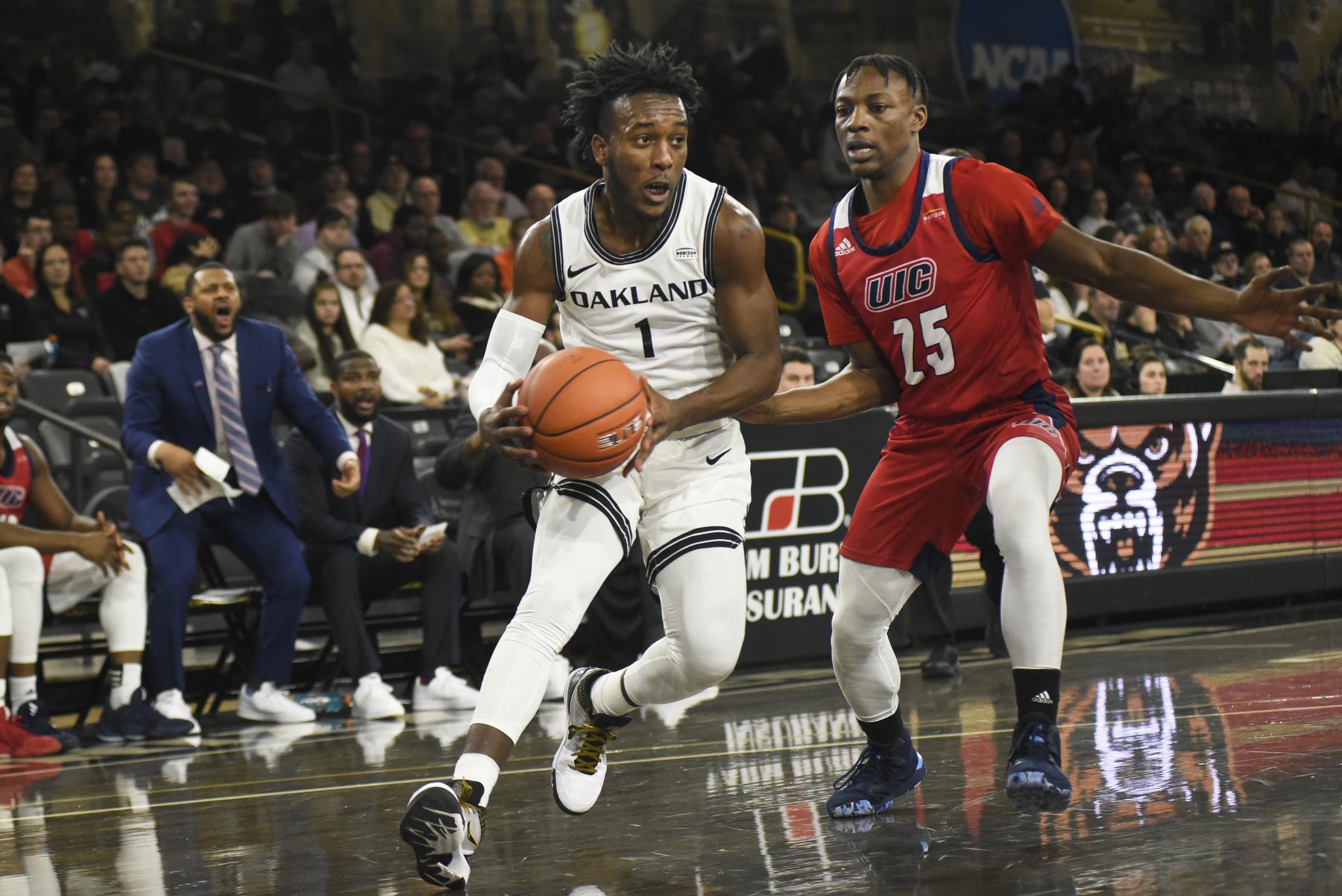 Thanks to this use of viral videos, social media & television platforms, lower profile NCAA Athletes have the ability to put themselves in the spotlight & possibly create a name for themselves.

Back in February during the 2019-20 season Oakland University’s Rashad Williams (G) became a viral sensation after a video of him hitting a Steph Curry like crossover and three pointer. After this video surfaced he began to gain a bit of attention especially from platforms like ESPN & Overtime. He also had NBA players across the league ranting and raving over the crossover video. During his viral season Rashad put together an average of 19.5 PPG.

Now here we are at the start of the Horizon League’s 2020-21 season, and I was able to communicate with Rashad Williams and ask the viral sensation a few questions about himself and his game. I asked Rashad who his biggest influences were when it came to basketball. His answers came at no surprise considering his tape features moves from all three amazing athletes.

The three being Stephen Curry, Allen Iverson, & ST2319’s own Rashad Phillips. He also enlightened me by explaining how he was actually named after Rashad Phillips, telling me his dad told him “RP3 is the best guard he had ever seen play”. Williams also mentioned RP3 is like an uncle to him and recalls workouts from his youth before RP3 relocated.

Williams is a 6-foot-2 Guard with exceptional court awareness and playmaking ability. He has a natural scoring ability, and shoots the ball with natural confidence. Confidence is a rare trait in a player which is normally built up over time. However when I asked Williams where his confidence stems from he said “The confidence just comes from me trusting in all the hours that I’ve put into the game and understanding that I have a different mentality.” He also mentioned the trust level between him and Oakland’s HC Greg Kampe saying “I have a coach who allows me to do the things that I’m good at and believes in me as well”

Asking Rashad about how it felt to go viral he said “It felt good to see how it made other people react, that’s one of the most beautiful parts of the game to me - being fun to watch… I didn’t think it was going to blow up the way it did though, but it was a great feeling.”

The video itself is a masterpiece with a perfectly executed crossover and follow through with the 3-Point Shot, however after watching more and more of Rashad Williams it’s clear to see he’s more than a viral sensation, he’s a animal ready to work. Expect to hear more about Rashad Williams in the near future as Oakland University has a potential superstar on their hands.