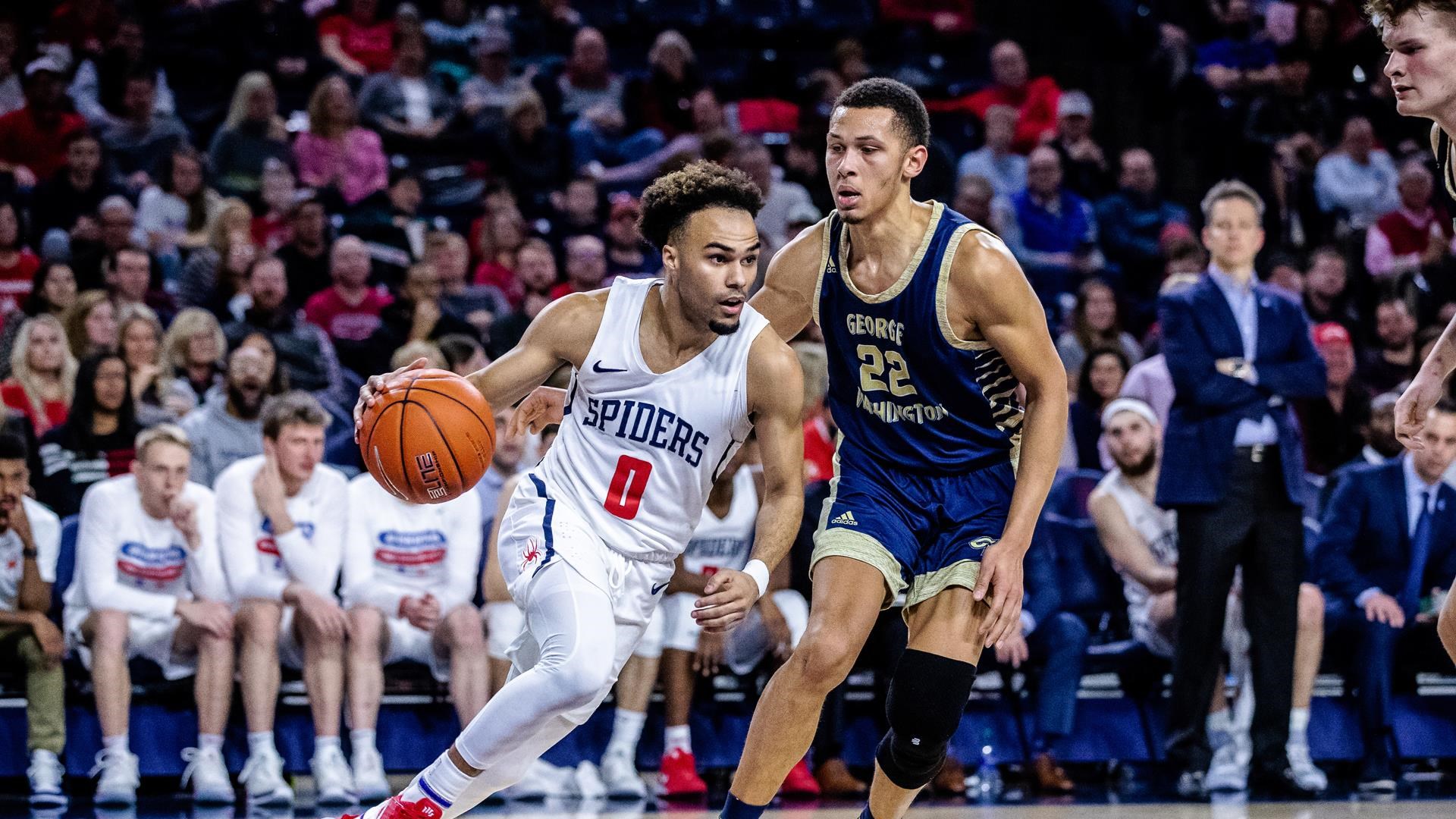 College Basketball is back in swing and it’s been a joy to watch early on. Plenty of people have been missing out on some high quality basketball, a lot of people tend to only watch the NCAA Tournament and I understand that but this season should see much higher viewership from the casual fan as college basketball will have no competition from other sports on weekdays for quite some time. Plenty of games will be played and a multitude of teams will be watched, that includes teams that normally wouldn’t seek viewership from the casual fan. So, let me tell you about the Richmond Spiders, an A-10 team that’s going to make some noise and demand your attention.

Richmond went 24–7 in the 2019–20 season, were on the bubble for the big dance so who knows if they would have made it or not. This years different and I guarantee that the Spiders will be going dancing this March. When you look at this team, the first takeaway is experience. The Richmond starting five will feature four seniors which is a huge positive. They were set to start five but unfortunately, Nick Sherod suffered another season ending injury.

Here’s to hoping Nick has a speedy recovery. Not only do they possess the experience and leadership you want, it’s the hunger that will greatly benefit them as well. This is the last chance for these four to win the conference, go dancing, string together a few wins in the tourney, and accomplish plenty of other achievable milestones.

The top two players on this squad are Blake Francis and Jacob Gilyard. Francis, a 6’0” guard scored 17.7 PPG last season, his first season at Richmond. He shot 41.7% from the field and 36.3% from deep with 83.8% of his 3’s being assisted on. It wasn’t long ago that Francis was searching for just one offer as a high school senior and through plenty of obstacles Francis is now primed for an excellent senior season at Richmond. The three-level scorer is a dynamic part of the Spiders offensive attack that ranked 61st in offensive efficiency, 26th in effective FG%, and 41st In 3-point %. Expect Francis to have a big senior season and I can see his Offensive Rating rise over 110 as well. Then you have Jacob Gilyard, one of the best kept secrets in the nation. The 5’9” guard is a superb talent and right up there as one of the best defenders in the country. To back that up he’s the 19–20 A-10 Defensive Player of the Year, and a two-time member of the A-10’s All-Defensive teams. Gilyard snatched 3.2 steals per game last season… simply outrageous.

Jacob is 109 steals away from becoming the all-time leader at the NCAA level and that’s a really fun storyline to track this season! Gilyard has three such games where he stole the ball seven times and quite simply… he’s turned pickpocketing into an absolute art. His anticipation on the defensive end is fascinating. He has really good closing speed too but it’s the way he baits a passer into thinking the passing lane is open which is so fun to watch as time and again he just steps in front of the receiver and takes it the other way for an easy deuce. He too is an extremely good on-ball defender, consistently putting his man on lockdown. I can’t speak highly enough of Jacob Gilyard and I haven’t even talked about his offensive prowess yet. He scored 12.7 PPG last season, a step back from his 16.2 as a sophomore, I’m not worried about that drop off for multiple reasons. The first being he does so many things well that a drop off in scoring hardly effects him as a player. Two, Richmond is a very good offensive team with multiple pieces that can score and score consistently. And three, nobody is going to be tripping over what Gilyard averaged as a junior when he scores 17+ a game his senior season. He shot 46.8% FG, 36.7% 3-point, and near 60% from inside the arc last season. Jacob had an effective FG of 57.1%, and a stellar Offensive Rating of 118.8 on just 18.8 usage rate. Jacob Gilyard really is one of the top players in the nation and he’s severely underrated. He’s a very fun watch, just a tremendous talent at Richmond.

Nathan Cayo and Grant Golden are the other two seniors that have Richmond destined for greatness. Nathan Cayo, the 6’7” forward is the Spiders ultimate role player. Last season he scored 8.9 a game and added 5.3 rebounds, he shot 55.6% from the field as well. He’s a high energy guy that provides the necessary sparks to get Richmond going. Cayo finished 71.7% at the rim last season as that’s his game.

Whether he’s dunking or making a tough contested layup, he’s getting it done down low. Just another very good piece for the Spiders to have. With Nick Sherod out, Cayo should see more opportunity to score, look out for that. Next, we have Grant Golden the 6’10” big man. Golden averaged 13.4 PPG last season, that number dropped from 17.2 PPG as a junior. He should definitely see that number rise back up this season.

Grant shot 52.4% and added about 6 rebounds a game and 3.4 assists. If Nikola Jokic was a college basketball player, it would be either Grant Golden or Loyola’s, Cameron Krutwig. Grant and Gilyard form a dynamic two-man game as well. If Golden played on any other mid-major team he’d win that conference’s Player of the Year award and probably average 18 points, 9 rebounds, and 5 assists a game.  Isn’t that neat? Richmond has a starting five that features four excellent players that could all lead any mid-major team they want to the NCAA Tournament by themselves. Instead the four will team up again and electrify college basketball. How can you not love this team? They defend at a high level, shoot the ball at a high percentage, display a very efficient offense, share the ball, utilizing all five dynamic pieces… This team is disgusting. I think Richmond makes the Sweet 16, I also think Richmond is a dark horse Elite 8 pick. Yup, I definitely think Richmond can be one of the final eight teams standing this season. From a talent standpoint, this team reminds me of those Nevada teams from years past, teams loaded with so much talent much like this Richmond team. Entering the season I’d claim Richmond is a Top 17 team. They are that good and again experience pays dividends in this sport. I mean… they boast one of the most experienced starting fives in the country. Those four will play a lot of minutes this season and it’s important the Spiders can find a piece or two off the bench to really impact some games, especially following the injury to Sherod. Maybe it’ll be Connor Crabtree or Tyler Burton. Crabtree is a spot-up shooter that could get going in this efficient offense.

Burton scored 4.6 per game as a freshman, the 6’7” forward will see a much increased role this upcoming season.  Another thing that helps teams thrive in March is a tough non-conference schedule. You already know the Spiders have some great matchups lined up. Richmond will play at West Virginia and at Kentucky. Those are tests that can go a really long way for any team. Chris Mooney has a special group in Richmond and the Spiders are prepared to make some major noise. I’m warning you… don’t pick against them in your March Madness bracket.

Jacob Gilyard — It’s a lot of film and studying. Learning more and more each time you guard a different player. But I just try to take it personal each time I’m on the ball and try and help our team get an easier shot on the other end with good defense.

Liam — What are your goals for this season?

Liam — What player do you admire the most and why?