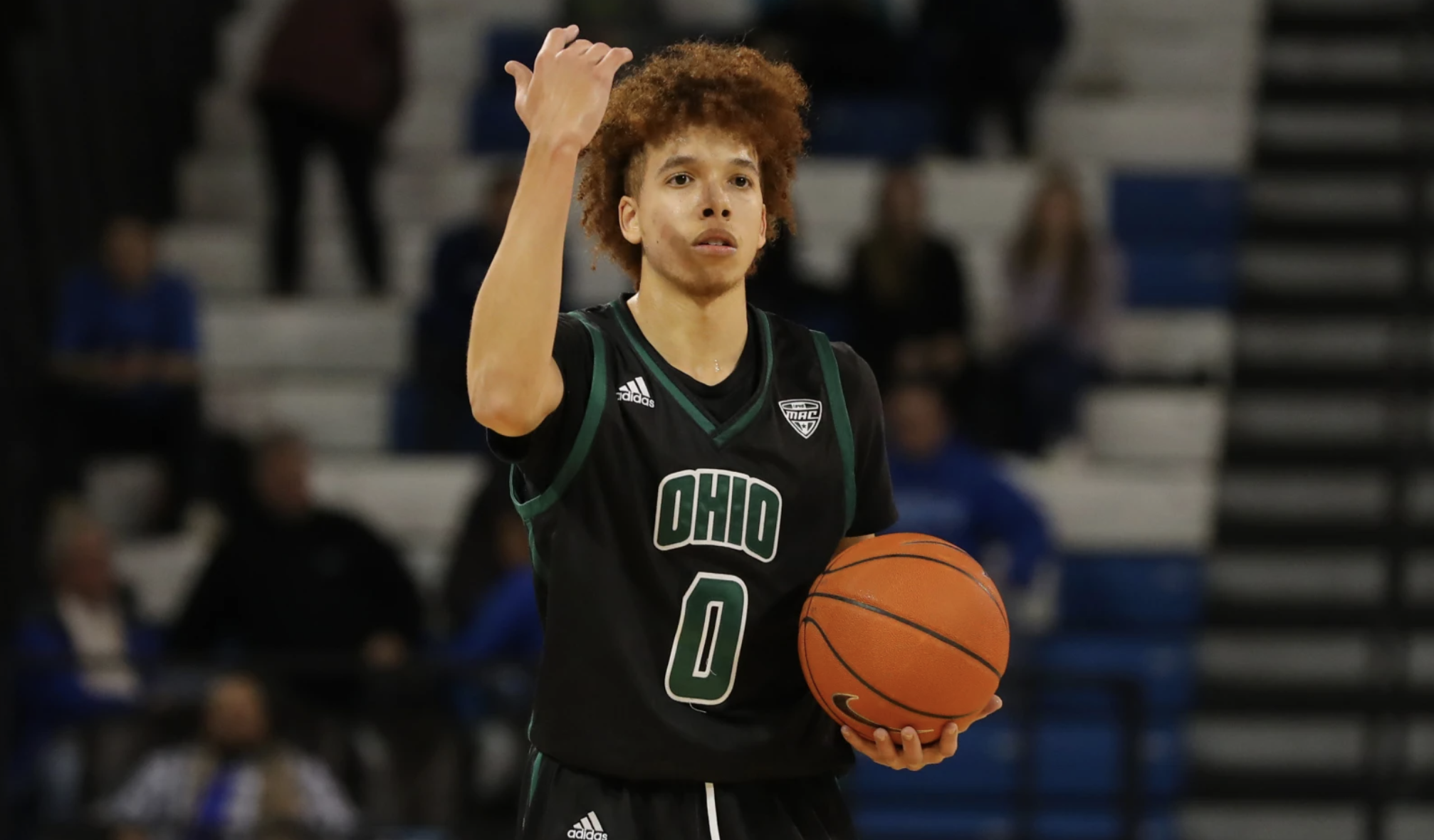 I’m cutting straight to the chase. Do you want to know the next great slept on NBA prospect? Jason Preston. That’s it, that’s your guy.

The 6’4”, 190-pound Point Guard at the University of Ohio is a tremendous talent. Preston averaged 16.8 PPG, 7.4 APG, and 6.4 RPG in just his sophomore season, given those numbers and watching him play every few nights, I was shocked to see his name was never connected to the 2020 NBA Draft. Last December I said Preston should’ve been talked about as a first rounder in this upcoming draft. Instead he somehow goes completely unnoticed the entire 2019-20 season. Talk about under the radar, I was truly dumbfounded.

It was the Myrtle Beach Invitational where I was first introduced to Preston. He had a decent enough game against Baylor but watching closely, you could just see the traits screaming at you. It’s his court vision that impresses the most as Jason is just an unbelievable passer, with his creativity it makes him near unstoppable with the ball in his hands. I’ve seen him throw nutmeg passes, jumping passes, cross-court beams, alley-oops in tight spots but perhaps my favorite pass I saw from Preston was when he was in the corner, received a pass and immediately fired a bounce pass to a cutting big and fit it between two defenders. This one pass showcased the incredible talent Preston possesses as a passer as he was so far ahead of the play, he knew what he was doing with the ball well before he received it, then made the crafty pass that threads the needle and leads to two easy points. So yes, Preston’s best skills are his tremendous vision and elite passing.

Just to touch on Preston’s shooting numbers right quick, he shot 51.5% from the field with an EFG of 55.3%. Jason made 40.7% of his threes, and 45.7% of those makes were assisted on. Preston finished 58.2% at the rim and owned an O-Rating of 108.9 on a usage rating of 26.2. To expand on this and project numbers in the 20-21 campaign, Jason improved his three in a huge way and I hope he continues to knock them down from there. I can definitely see him shooting 40% from deep again.

Jason is an outstanding athlete and I expect him to finish much better at the rim this season and as a junior he’ll be stronger as well so he should dominate at the rim and finish strong time and time again.  As I just touched on, athleticism is going to help Preston a lot. He’s very bouncy and explosive. There’s a video of Jason nearly touching the top of the backboard. We saw him throw home multiple putback dunks last year and there’s videos of him throwing down some nasty dunks in practice. A few of those dunks are actually dunks we ended up seeing in the 2020 NBA Dunk Contest and honestly Preston did it better but whatever. One day y’all will see that when he wins a Dunk Contest. Preston's athleticism helps him on the defensive side of the ball as well where he often anticipates the available passing lane and picks up several steals a game that result in him exploding for fast break layups.

As a scorer Jason isn’t afraid to shoot from anywhere as he’s comfortable at every level. I expect him to drive a lot more this season and as I said earlier, he’ll assert dominance at the rim. He showed us some really good three-point shooting last year which was a pleasant surprise. Preston really put everything together late in the season and he had Ohio poised to make a run in the MAC Tournament until Covid struck. For the season he totaled three triple-doubles and got incredibly close to having about five more.

I’m looking for Preston to average 20.1 PPG, 8.5 APG, and 7.2 RPG. Ideally he shoots at 50% or greater again and hits at least 38.2% from deep. I would like to see Preston tone down on his turnovers, but I can’t hate on it. You see, Preston is a high-major talent playing in the MAC, not every player is on the same page as him, he’s often getting turnovers when teammates aren’t aware they are open and don’t expect the ball to come to them. He gets turnovers for being aggressive too, like it isn’t a big deal. At the next level, the NBA, this won’t be a big issue for Preston.

When looking at Jason Preston you have a floor general with special vision, a high IQ, and an elite passing skill set. A floor general that adds scoring upside and boasts extreme athleticism. A floor general that passes guys open, is extremely unselfish, and wants to see his teammates thrive more than he wants to see himself thrive. You’re looking at an outstanding prospect that is incredibly slept on and disrespected. Just because “they” don’t know, doesn’t mean nobody knows. Jason Preston is a hidden gem, and as my good friend Rashad Phillips likes to say... “Talk Soon.” 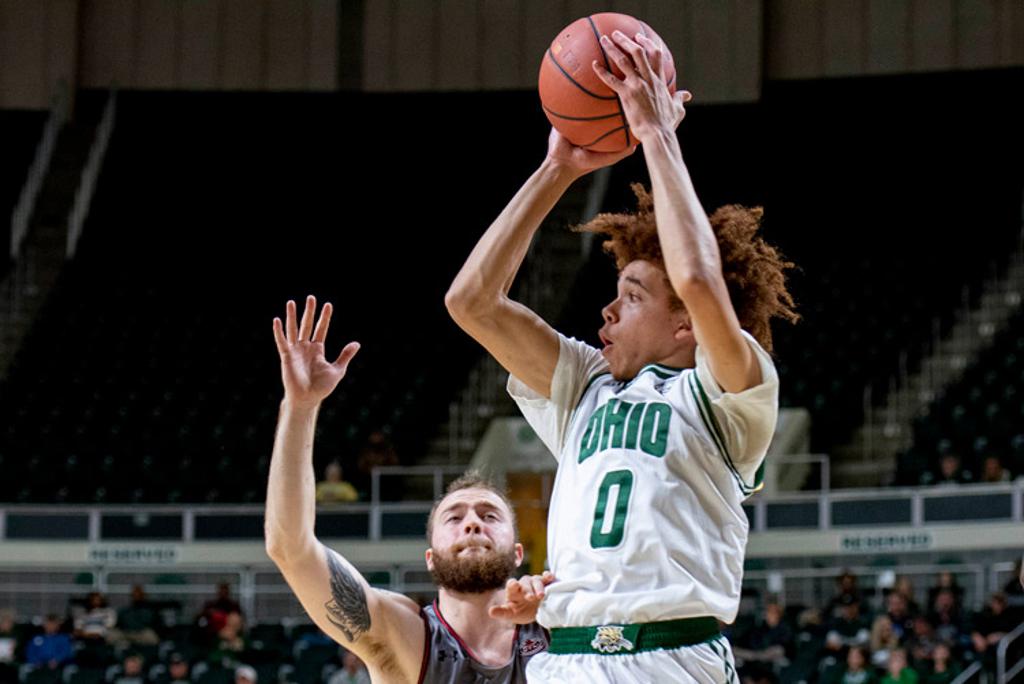 Liam Blutman - In my honest opinion you are without a doubt the most gifted passer in the country. What goes into reading the defense and firing dot after dot?

Jason Preston - I appreciate that a lot, and I’d say a lot of factors go into it, like knowing your personnel and the other teams personnel. But, the most important thing is reading the “tag” man in ball screens and if he’s too much in help or not in help at all. Sometimes jumping in the air gives me passing opportunities to make as well.

Liam - If someone were to tune into an Ohio game and watch you play for the first time, what should they expect to see from you?

Jason - Haha a lot of jump passing! But seriously, hopefully a lot of everything. Like getting my teammates involved and scoring when necessary.

Liam - Not many people know this but you are a sensational dunker. If you are in the NBA Dunk Contest and need to bring out your best dunk to win it, what dunk are you rolling with and why?

Jason - I would go with a between the legs 360. I’ve only done that one a couple times but hopefully during a dunk contest I could get that one to go.

Liam - What are your goals for this season?

Jason - I prefer to keep my individual goals to myself, but one team goal is obviously to win the MAC Championship!

Liam - What player do you admire the most and why?

Jason - LEBRON JAMES. I watch A LOT of LeBron James film and have probably seen every video of him ever. His ability to do everything on a basketball court... Passing, rebounding, defending, scoring, as well as how he operates in the pick and roll, in the post, and isolation.