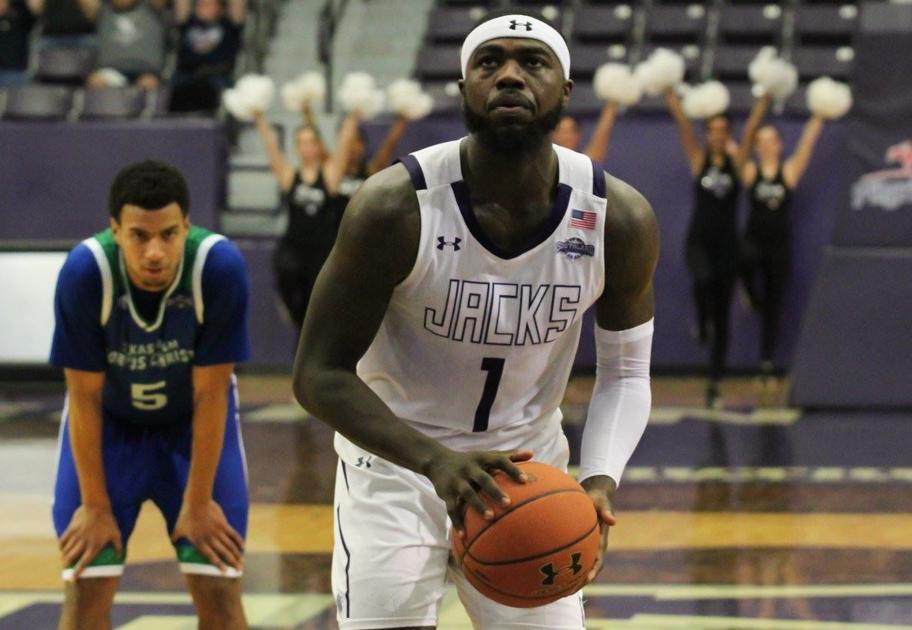 Numerous Division One college basketball players made their case to be one of 30 privileged guys to be selected during the 2020 NBA Draft, but no player in their respective conference made a bigger case under the circumstances than Kevon Harris.

The 6-foot-6, 216-pound Ellenwood, Georgia product enjoyed a healthy four-year career at the prestigious Stephen F. Austin State University, one of the nation's leading and most prolific mid major universities. Harris is known for having a rigorous and daunting training regiment that helped him become a basketball powerhouse in every facet of the game. His hard work and dedication to the game of basketball enabled him to go from the sixth man during his freshman season, to the main man, his senior season.

Harris posted one of the most outstanding seasons throughout the NCAA and his efforts alone were one of the focal reasons why the SFA Lumberjacks joined the elite group of college basketball teams after an injury-riddled and disappointing 2018-19 season.

Harris poured in 17.7 points per game, ripped down 6.1 rebounds per game and dished out roughly three assists per game during the regular season. He scored double-digit outputs in a ridiculous 28 of the Lumberjacks' 31 games throughout the season. He scored a season-high 32 points against N.C. Central and dropped a game-high 26 points in a nationally-televised non-conference matchup against the Duke Blue Devils, where the Lumberjacks defeated Duke 85-83 in overtime, inside the stunned walls of Cameron Indoor Stadium earlier this season.

Harris is a big-bodied guard who has the ability to play and guard every position on the court. His strength and power allow him to be a force down in the post by grabbing offensive and defensive rebounds while also banging with the giants and making it difficult for them to score at the rim. Additionally, his quickness, ball handling skills and shot IQ enables him to be a lethal scorer and passer on the offensive end.

This was in full display throughout his four-year career. As a freshman, Harris was great at getting to the basket because he was so quick off the dribble, but as he matured, he incorporated the three-point shot and perfected his mid-range jumper into his offensive arsenal while still being able to get to the rim at will. This made him virtually unstoppable on the offensive end. The scariest part about his game is he&#39;s almost just as lethal on defense as he is on offense. Harris plays with an underlying tenacity and grit throughout the entire game. His knowledge of hedging off the screens, switching defenders and effective ball denial helps him be effective on the defensive end at a consistent rate. His athleticism and speed gives defenders fits when he's guarding them on-ball and as previously stated he&#39;s an elite rebounder which ensures the opposing team gets only one look per possession.

Harris' senior season can be stacked up with any NCAA D1 player this season this year. His talent is undeniable and he proved to the college world that he is capable of continuing his career at the NBA level.

Even though he spent his college career at a mid-major university while other top draft prospects played at Power Five schools or overseas, Harris' game speaks for itself. His production was a direct correlation of the Lumberjacks' success this season and that's a sign of a player who has a positive effect on his team.

Every NBA GM, scout and coach would be smart to take a deeper look into the 6-foot-6 combo guard from the pines of Nacogdoches, Texas, because his play is proof that he belongs in the number of 30.