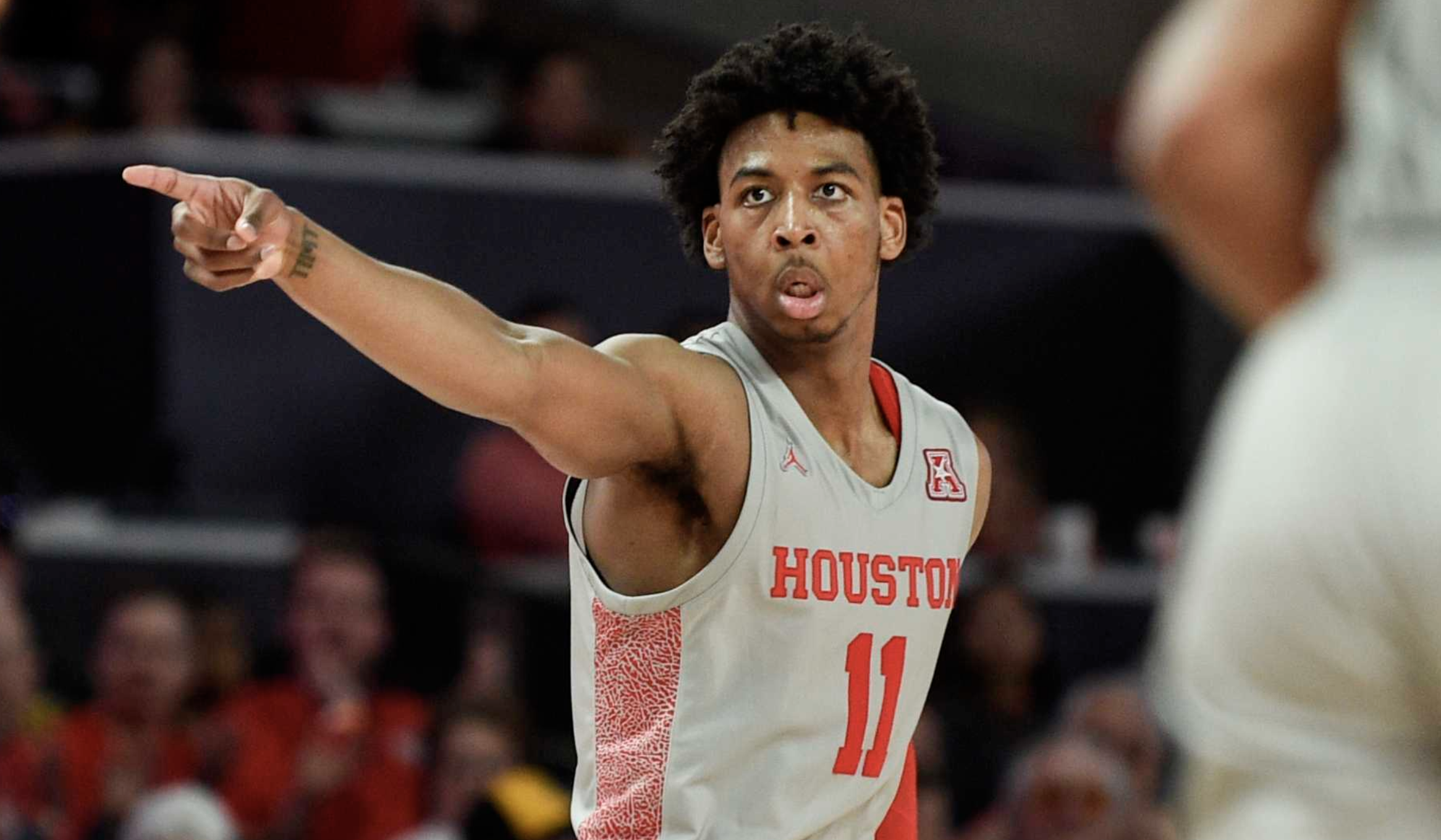 College Basketball is truly unlike any other sport, not only because it has the greatest postseason in all of sports but because it features a truly ridiculous amount of talent. While there is talent thriving at the Blue Bloods there is talent equal to that even on 6 or 7 win team. The talent is impressive and it is everywhere. Today we’re going to focus on the third leading scorer for Houston in the 2019-20 season; Nate
Hinton.

So, why is the third leading scorer for Houston so intriguing? Well, like I said, College Basketball features a vast amount of talent and Hinton displayed a high skill set, despite not being a top option in his sophomore season. The 6’5” guard averaged 10.6 PPG, 8.7 RPG, and shot 41% from the field. Nate recently announced that he’ll be testing the NBA Draft waters so it’s unclear whether we’ll see him in pro ball next year or back at Houston, leading the Cougars to a deep run in March.

Regardless of his final decision, this young man is going to make an impact. The first thing that you notice when watching Hinton is his love for the Mid-Range jumper. While Nate looks for his lethal mid range J, he’s always analyzing the levels of the defense and figuring out exactly what the best shot he can get is on each possession. He can take a three if the defender is slacking off, drive and get to the rack where he’ll use his athleticism to make a tough layup, dish it out to the corner, or he’ll catch the defender slipping with a variety of slick dribble moves that leads into his preferred Pull-Up Mid-Range Jumper.

Since Nate has the ability to score from all of these levels, defenders have had trouble knowing what to expect from him. In addition to his unpredictability, Hinton’s Mid-Range Jumper is incredibly difficult to contest. Nate will shoot from multiple angles whether he leans to the left or the right, in or back; he’s constantly changing his shot type, which is just so frustrating for a defender. He’s able to draw fouls this way as well. It’s such a special tool he possesses, the ability to master multiple shot angles. Most people equate craftiness to passing, but the way Hinton approaches his Mid Range J is super crafty, there’s not another word to describe it.

The next thing to love about Hinton is that this 6’5” guard is fearless. Remember, he averaged 8.7 RPG in 30 minutes a game, which is pretty impressive. His fearlessness and aggressiveness combined with fantastic instincts, leads to Nate snagging an abundance of rebounds in the paint and grabbing long rebounds as well. I love a guard that isn’t afraid to go down low and rebound amongst the trees and maybe steal another possession on the offensive end that was completely unexpected after a missed field goal attempt by your teammate. Hinton’s innate success as a rebounder can be connected to his positioning, which derives from really good anticipation. As soon as a player looks to shoot, other players look at the ball and focus on boxing out, Hinton will look at the ball and attacks the spot on the floor where the trajectory of the shot looks to miss, treating every shot like it will be missed. Some players will take plays off, Nate doesn’t.

His motor is outrageous and he has a work ethic that’s unmatched. While I could keep speaking upon his rebounding I’d like to spotlight his work ethic on the defensive end. Hinton is always focused on the ball, always running around, his hands are always looking to deflect something, his eyes in the passing lane. Nate is a pest on defense and this non-stop activity on the D end leads to deflections, steals, blocks, missed shots, and fatigued opponents.

Defense isn’t played all that much in the NBA’s regular season, so to find a true two-way threat like a Jimmy Butler is very important! Nate Hinton posted a Defensive Rating score of 87.0 in his sophomore season at Houston. He was truly one of the most underrated defenders in all of college basketball… facing Hinton is a draining and annoying experience. How can you not love that as a basketball fan? His athleticism helped him in college as we’ve seen him throw down some big dunks and finish at the basket with some tough layups.

As I alluded to earlier, he’s a three level scorer and continued to show promise from three as he hit 38.7% of his 3’s on 3.8 attempts per game. Nate has a simple jumper, one that’s hard to block, and he’s going to be a consistent knockdown shooter from the corner, scoring easy buckets. Hinton’s Effective FG% was 49.8 last season and his O-Rating was good for 119.0 despite just an 18.2 usage rating.

What Nate Hinton brings to the table is his willingness to work on both ends of the court, which at times seems like a lost art in today’s game. When you mix that with his terrific blend of size, shooting, and rebounding, you get a productive NBA player. There are a few teams that I see that could use his services. This is a journey worth taking and a story worth reading when it’s all said and done. 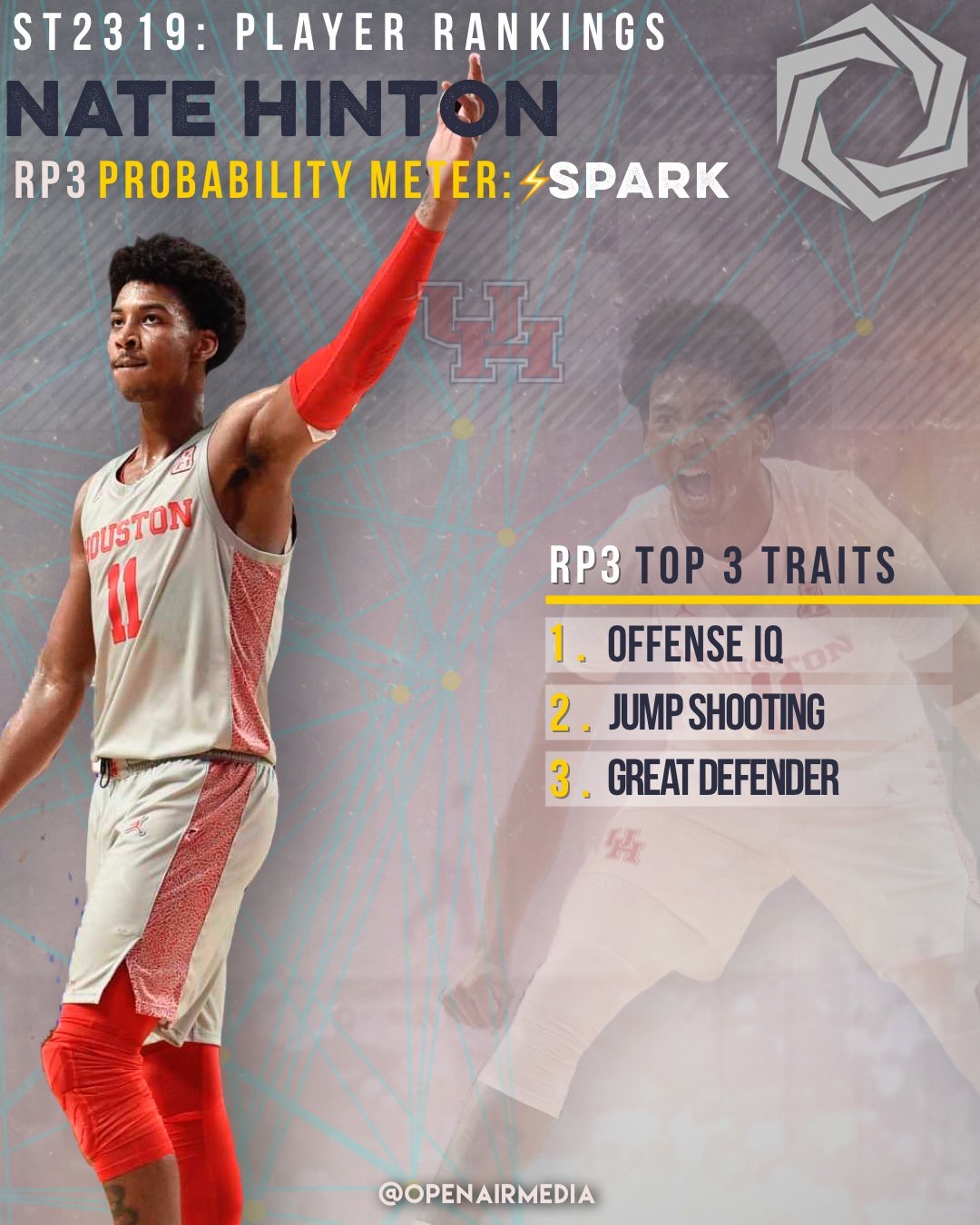 @ESPNStatsInfo Those new NBA foul rules are sure holding him back. Enjoy the season ladies and gentlemen

@NBA @ATLHawks Those new referee rules are sure slowing him down aren’t they https://t.co/lysHEInSlz

@JaMorant They gonna build a bank 🏦 for you in Memphis next 🤝