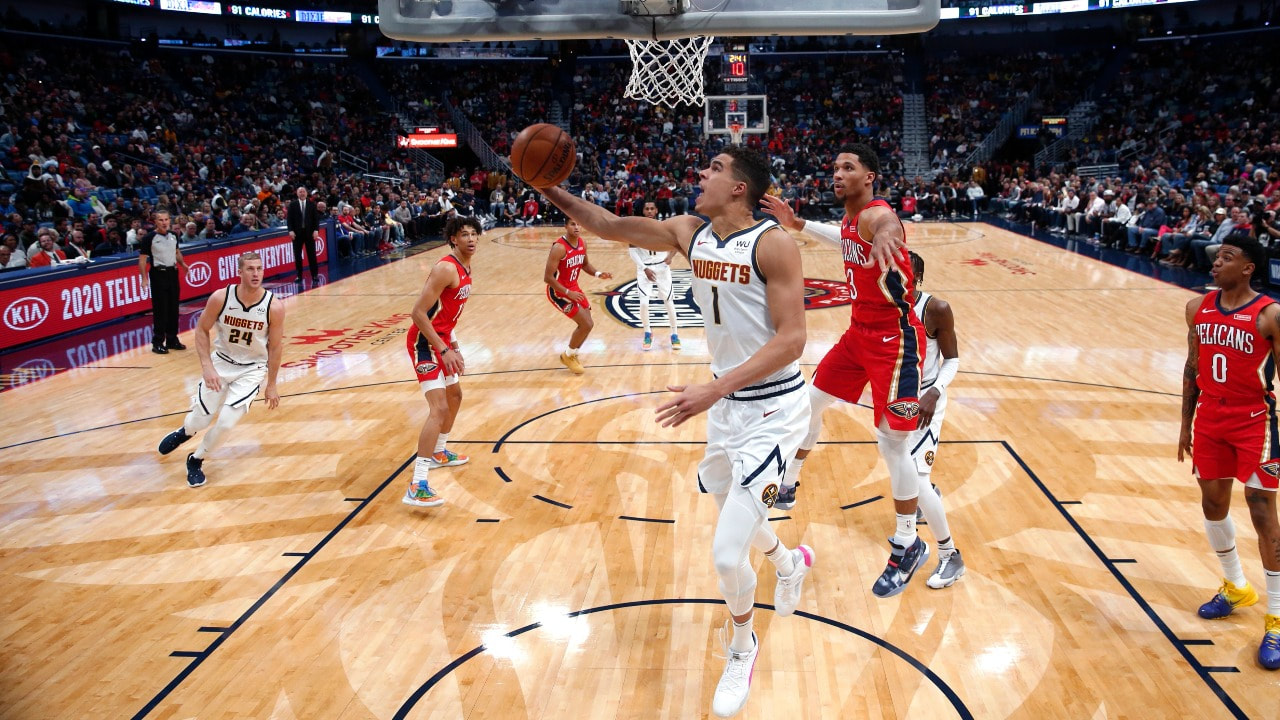 When looking at the landscape of the NBA, the teams that jump out on the board are the Lakers, Clippers, Bucks, Rockets, and then you have the Nuggets.

Despite their record, are you truly convinced that Denver is a title contender?

Last year, Denver lost in the second round to the Blazers in a hard fought seven game series. While Denver showed they’re more than capable of competing in the western conference, that’s part of the problem. They’re just a cute competitive team. Hell, Utah has been competing since the 90s with no rings to show for it. Ironically, the missing piece to the puzzle is on the Nuggets bench. His name is Michael Porter Jr.

As the decade comes to an end, everyone is reliving the special moments. From viral vine videos to Kobe dropping 60 in his finale.
What about the high school prodigies? The likes of Anthony Davis, Andrew Wiggins, Ben Simmons, and most recently Zion Williamson were all viewed as can’t miss prospects in high school.

In 2018, Missouri’s very own, Porter Jr., was looked at in the same ilk as the aforementioned names. However, things changed when Porter injured his back during Mizzou’s season opener. The 6-foot-10 forward returned for the SEC tournament and NCAA tournament, but he clearly wasn’t the same.

It may be easy to forget, but Porter was the top ranked high school player and was projected to go number one in the draft. Unfortunately, the injury scared teams away, which caused the Missouri native to slip to 14 in the draft.

Most teams in the lottery are looking for a franchise savior. That wasn’t the case for a Nuggets team that missed the playoffs by one game two seasons ago. Therefore, taking Porter was a low-risk, high-reward. If he pans out, great and if not, Denver has Nikola Jokic and depth to remain a playoff team for years to come.
Nonetheless, the question remains, will MPJ ever get a chance?
If you ask me, he needs to because he’s Denver’s only chance to become a legitimate title contender. With his unique size, ability to put the ball on the ground and pull up from anywhere on the floor, he adds a dimension Denver simply doesn’t have in their starting lineup.

There’s no disputing Jokic’s skill set from the center position. The all-star is arguably the best passer ever for someone of his size and when you couple that with his soft touch, he’s a match-up nightmare. On the flip side, Jokic seems content with being a pass first guy versus imposing his will inside.

What Denver really needs is an alpha player who’s willing to take over games in the weighing moments. Do you really want that guy to be Jamal Murray?

The former Kentucky standout is hovering around 18 points per game yet again, but he’s not the most efficient scorer. It takes Murray nearly 16 shots to reach his average and he rarely gets to the line. To his defense, if Jokic isn’t going to take demand, someone has to.

I know it was just preseason, but Porter showed flashes of the high school phenom we fell in love with. In limited minutes, Porter shot 55 percent from the field.

The Nuggets have a slew of perimeter players from Will Barton to Gary Harris to Jerami Grant. Trust me though, Porter Jr. is different and hopefully the Nuggets realize that sooner rather than later.

@ayebesfetho @ATLHawks He doesn’t need his value increased. Everybody in the league already know what Cam is.