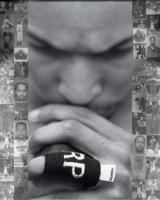 Rashad Phillips entered Ferndale High School as a 4ft. 8inch tall freshman who was told he was too small to play varsity basketball. He ended up becoming one of the first players to be a four year varsity Letterman going from being un-noticed to one of the most recognized players in Oakland County.  Rashad was Oakland county's player of the year and top scorer in 1996, averaging 25 points, 7 assists and 4 steals. This accomplishment led to Rashad being nominated to play in the Magic Roundball Classic, an All-star game featuring the country’s best high school players. After filling in for another injured player and out-dueling Kobe Bryant, Rashad was named MVP of his winning team in front of the excited Palace of Auburn Hills crowd of 15,000.

Rashad was then heavily recruited by many colleges, but had already committed to the University of Detroit Mercy.

Rashad arrived on campus and was right away told that he would not succeed as a division 1 basketball player. Still small in stature (barely 5ft. 8 inches as a freshman), the students didn't even believe that he was on the team. What they didn't know is that what Rashad lacked in size, he had spades of in skill and determination! Rashad then went on to not only be successful in his college career, but to re-write the record books of the Detroit Titans and the Horizon League! Just as importantly, Rashad completed his Bachelor degree of Communication Studies in only 3 years, with a 3.0 GPA in his major courses. 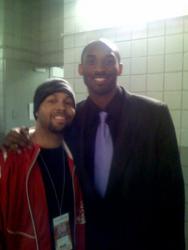 "His positive demeanor is infectious...he's a floor leader, not just in a sense of directing an offense but in terms of his ability to shape chemistry" ~Sportsnet.ca

"...he played head to head against Jason Williams of Duke and Joe Forte of North Carolina and out played those guys..." ~Coach Perry Watson

"I definitely learned some things from him. He's an extremely great player that can really score the basketball...he can really get a shot off at anytime and knock it down. He might be one of the quickest and toughest guys out there. That makes him difficult to guard" ~Raymond Felton (Denver Nuggets Starting Point Guard)